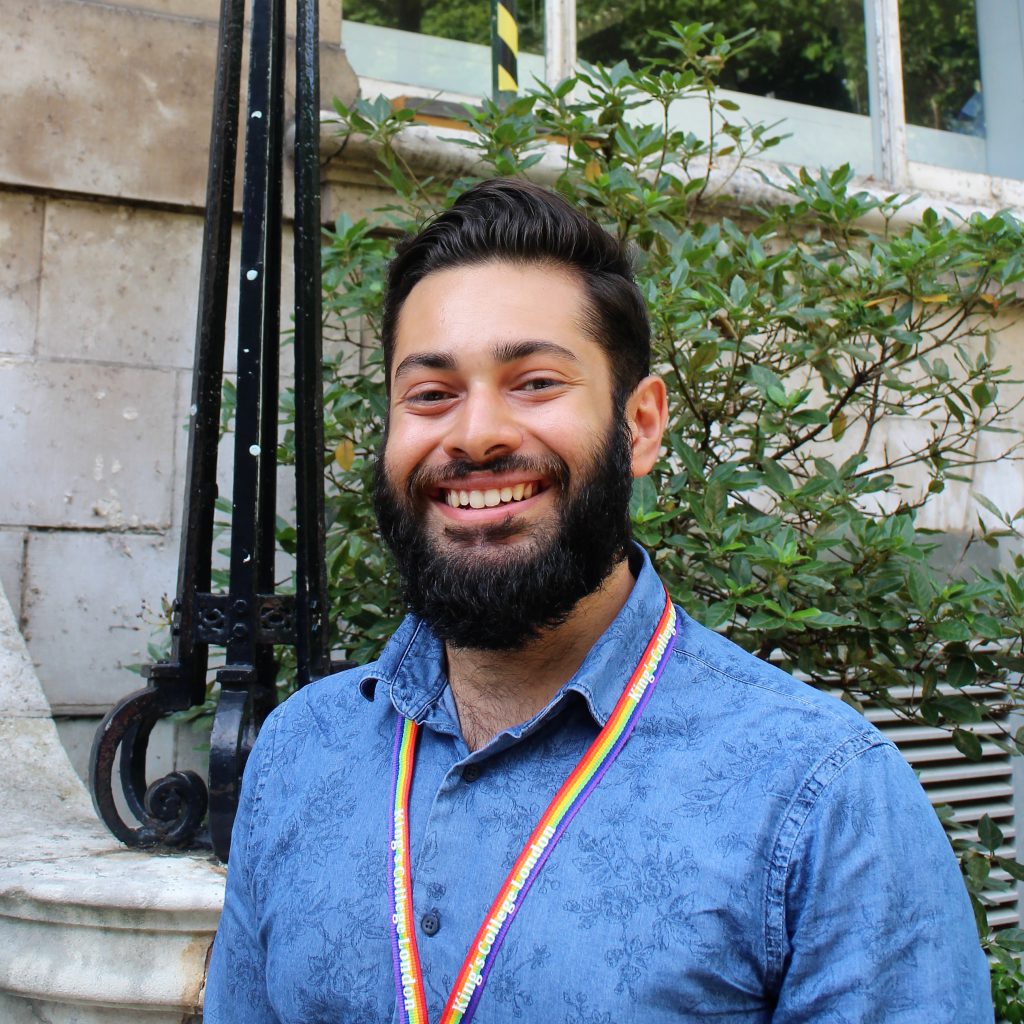 I graduated from King’s with a BSc in Biomedical Science where I learned a lot about in vitro and in vivo work, leading to a final project investigating immune responses in the spinal cords of rodent models of arthritic pain. Through this I realised that despite my love for science, especially neuroscience, animal and cell work was not for me and did an MSc in Cognitive Neuroscience at UCL. Through this I gained experience in cognitive and neuroimaging studies, with my final project using a novel neuroimaging technique, functional near infrared spectroscopy (fNIRS), to investigate brain regions involved in social cognition. To get more experience I worked as a research assistant for a year in the same group I worked with for my MSc project, Antonia Hamilton’s Social Neuroscience Group, before starting the MRC DTP at King’s on the 0+4 programme.

When I was looking for PhDs I knew I wanted a project that involved neuroimaging as these techniques interested me during my MSc but at the same time I wanted something more clinically focused than the work I had been doing. Mental health and psychiatry are keen interests of mine and I missed the pharmacology I worked on in my undergrad. Combining these factors was key to me in a project and I found several that fulfilled these criteria listed under the DTP. Another positive for me was that because the interview was a general panel interview, I felt like it was easier for me to segue into a new field as I didn’t need to highlight relevant experience to a specific project.

The learning curve has been steep but I’ve had a lot of support and many opportunities to publish and travel, which has made it a lot easier!

Improving outcomes for individuals at high risk of psychosis
Psychosis is a debilitating psychiatric condition where treatments have limited effectiveness and worrying side effect profiles. By intervening earlier, there are more opportunities to halt the progression of the disorder and improve patients’ outcomes. My project involves improving identification of individuals at high risk of developing psychosis as well as investigating the cognitive and clinical efficacy of a novel drug treatment for those at high risk. I will also be investigating the neural mechanism of the drug using resting state functional magnetic resonance imaging (rs-fMRI) and diffusion tensor imaging (DTI).