The effect of transient, embryonic hypothyroidism on the development of the cerebellum

Recent epidemiological studies established an association between transient maternal hypothyroidism in early pregnancy and autism spectrum disorder (ASD). We have developed a robust mouse model of ASD where offspring born from a mother with induced transient hypothyroidism (methimazole [MMI] in drinking water) early in gestation show cognitive deficits as adults (Fig.1A-C). The aim of the project is to use this model to elucidate cerebellar specific cellular, molecular and connectivity changes because of early, transient hypothyroidism.

Our preliminary analyses in embryos harvested during early, transiently hypothyroid pregnancy have identified gene expression changes in both Purkinje cells and also the projection neurons in the cerebellar nuclei (Fig.1D,E) that establish connectivity. Do early changes in gene expression at E15.5 translate into altered neuronal morphology, connectivity and transcriptomic maturation? Can knock down of selected genes of interest duplicate these outcomes?

The student will gain a wide variety of techniques and skills including axon tracing with AAV viruses (mouse), next generation sequencing, electroporation (chick), immunohistochemistry, in situ hybridisation, confocal microscopy.

We also have a genetic mouse model of a human disorder linking altered cerebellar development with ASD, which can be explored in a similar experimental manner. 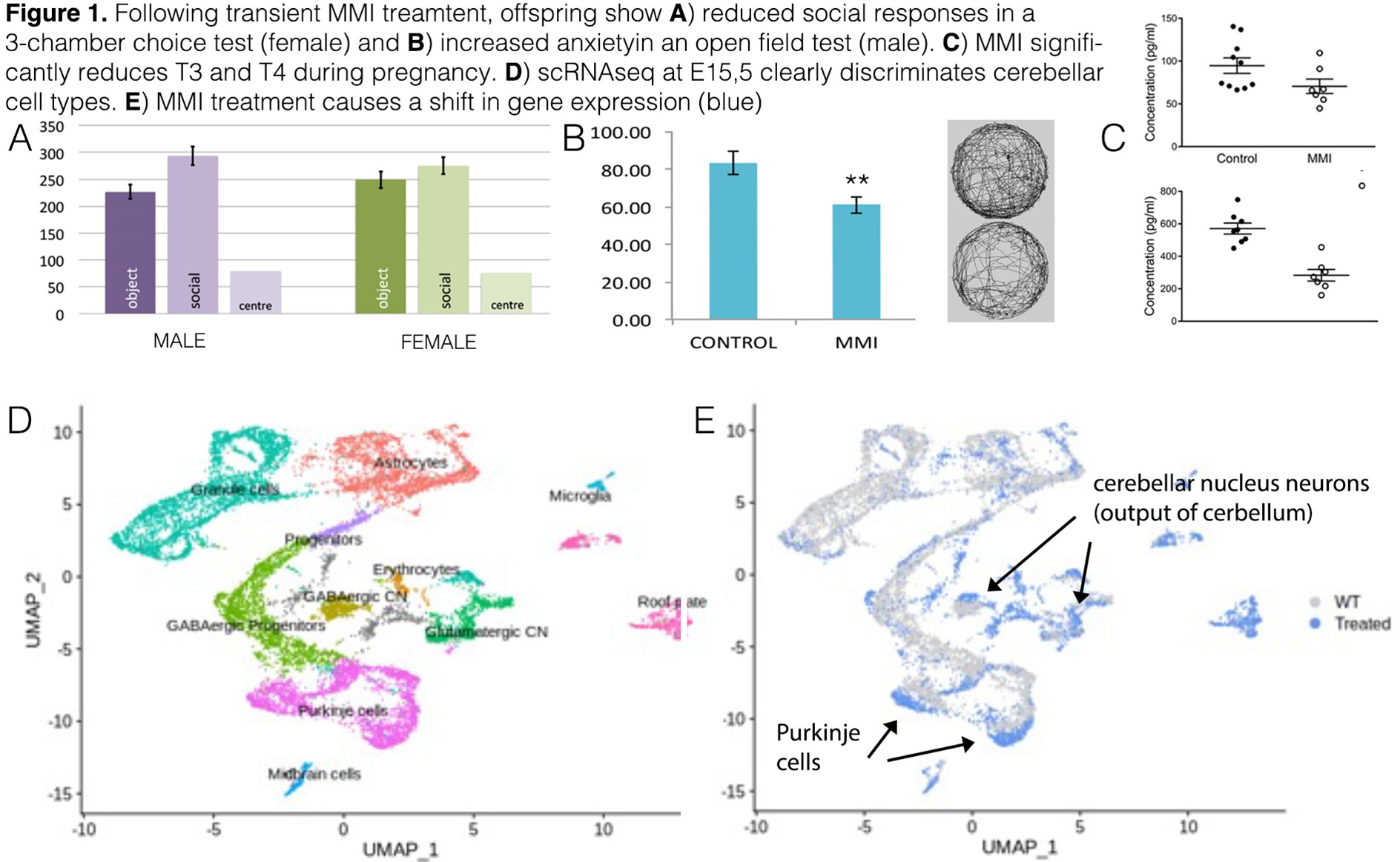